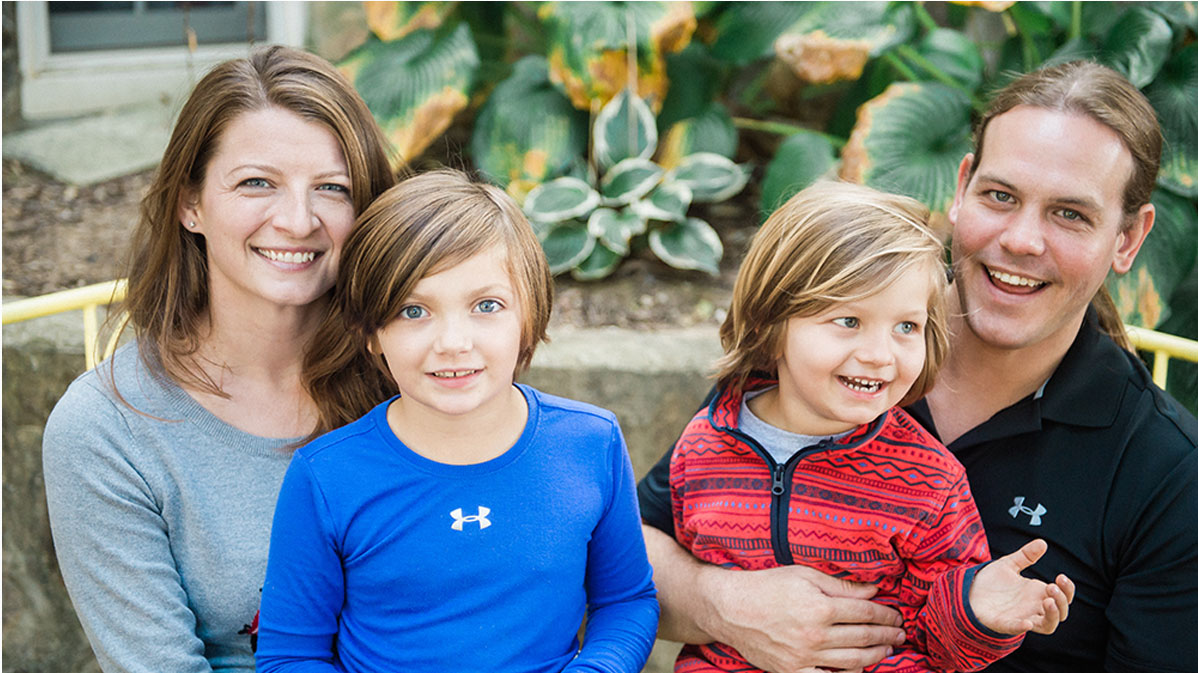 Ian Staggers is a Licensed Massage Therapist, as well as a devoted husband and father to two beautiful children.  He graduated from the Baltimore School of Massage in 2010 and received a Bachelor of Arts from U of MD in 2004. He has been providing therapeutic massage to clients for over seven years. This journey has been a transformative experience for Ian and he has received incredible insights into the principles of balance, strength, harmony,  vibration, and focus. Using this knowledge, Ian is better able to help people through injuries and muscle pain.  Giving people some time to relax from this crazy world quickly became a passion for him.

Ian is a local and grew up in Hagerstown, Maryland.  Nestled in the mountains, in a beautiful valley, he has a love and appreciation for the calming effect of nature. He had a home next to a stream and elementary school was just a short bike ride away.  Ian excelled at math and science in elementary school and was quickly drawn towards arts and athletics as creative outlets as well.  He played soccer for over ten years.  In middle school he developed a love for comic books (nerd alert!), especially the art.  In high school, he participated in numerous athletics (Soccer, Lacrosse, and Wrestling) and graduated 3rd in his class with a 4.02 GPA.

He found in his travels to be inspired and fascinated by people which led him to study Psychology at the University of MD.  It was during this time that he started playing the guitar and and soon found myself playing bass guitar in a heavy metal band!  Upon graduating from UMD,  he continued to pursue music. Eventually, the band life was a challenge to maintain and family quickly became top priority. Ian wanted a career where he could work with and help people, while still maintaining an active lifestyle and flexibility for his family life.

Then he found the Baltimore School of Massage. He remembered how he had always received compliments when he would massage friends and family…  Even remembers as a kid massaging his Dad’s lower back pain away.  “Just grab it and squeeze as hard as you can,” he would say!

Massage therapy combines the knowledge of anatomy and how the body works with a vast array of massage techniques to help people overcome chronic pain, cope with prenatal stresses, help with sports injuries and just relax in this hectic world. He realized he found something that not only satisfied the analytical side of his brain, but the creative side as well. He realized that this was the career for him.

Ian has studied under many great mentors such as Anthony Lane Hinkle – who taught that there are different ways to achieve the same result. For example he demonstrated his approach to bodywork only using his elbows and forearms!  The trick is to adjust your techniques to your client’s needs. Ian was also mentored at his first job by West Harris, who is incredibly knowledgable.

He learned about intention and the idea that no matter what, you go into life with a positive mindset.  Don’t get discouraged if things don’t go your way at first.  Be patient, be slow.

Ian has performed thousands of hours worth of massage, learning the best techniques and providing the highest quality of client care.

He feels incredibly blessed to have a dedicated client base that have allowed him to fulfill his dream of running a business.  He is motivated to be a better person by the loving support of his wife and children, and is truly thankful to have them in his life.

Massage Therapy has changed his life for the better… let it change yours!

ABOUT
meet your therapist
policies
what to expect

RECENT NEWS
Why you need a massage...
…
read more →
Scroll Up